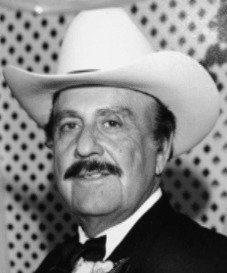 In the early 1960s, a young 21-year-old, Johnny ran the “Royal Sports Club” in Seguin, for owner Manuel Castilla. At first, it was just a second job to help make ends meet for the newly married couple, but he quickly fell in love with the entertainment business.

In the 1970s, fate would temp Johnny once more when he was hired to build the parking lot at “The Conquistador” in New Braunfels. When the hall opened, he took his wife, Janie dancing and told her he was going to open a hall just like this one, in Seguin.

In 1976, Johnny and Janie Trevino, along with 5 daughters opened Fiesta Ballroom with its first Quinceanera and has continued to celebrate countless more special events over the next 43 years.

It's a family place, “Where Family and Friends Meet for Good  Times”.